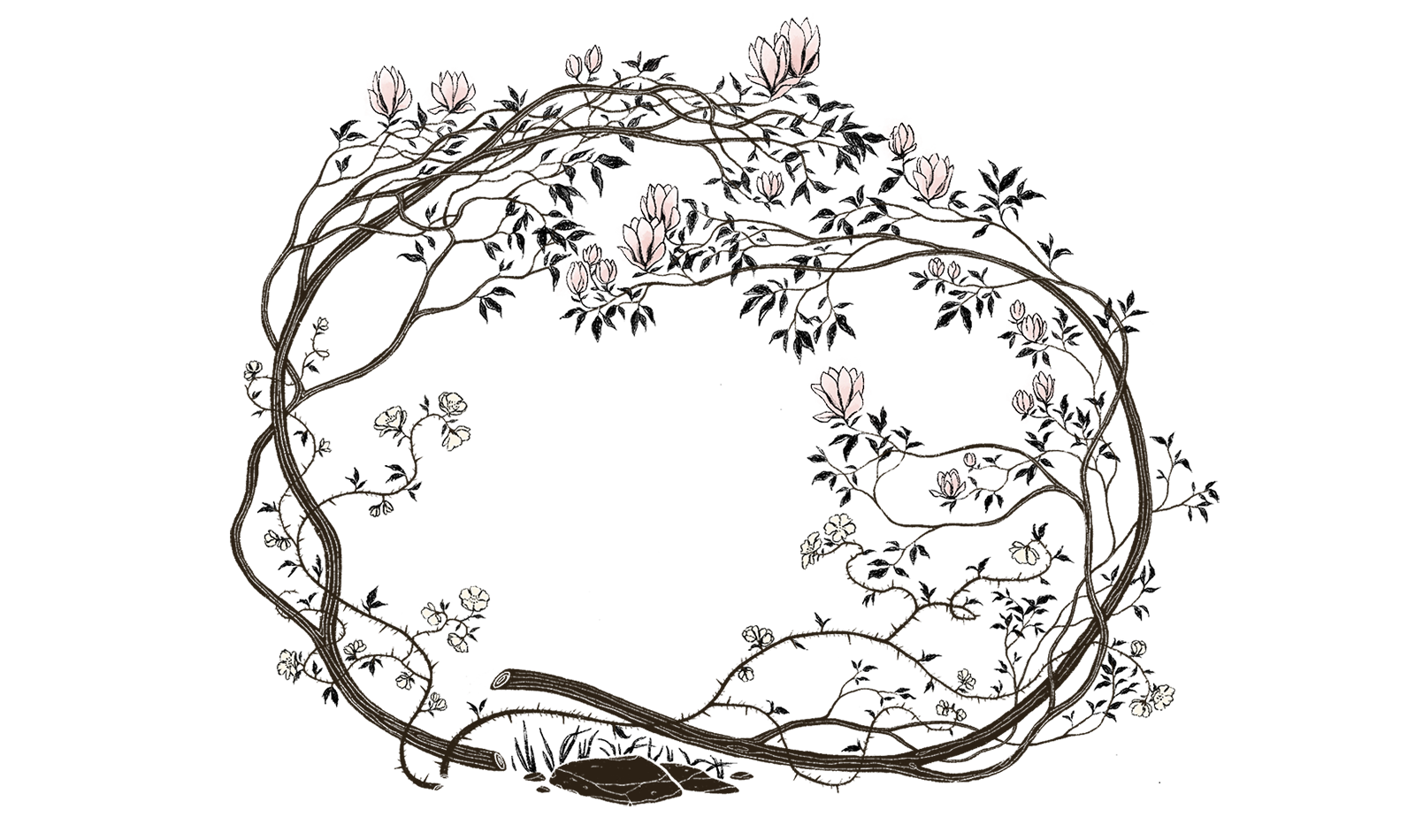 Doubts are the messengers of the Living One to the honest.

In the Bible, God calls us to worship, because it is not our natural impulse to come to Him. Yet He calls, reminding us of His pursuing love, and we respond out of gratitude.

words: Evan Wilson (based on Psalm 67)

The nations will be glad
Be glad and sing for joy
Oh, let all the peoples praise you (2x)

It is as if the dew of Hermon
were falling on Mount Zion.
For there the Lord bestows his blessing,
even life forevermore. (Psalm 133)

Music at All Souls is comprised of “psalms, hymns, and spiritual songs” (Eph. 5:19) that lend poetic voice to our deepest emotional expressions: praise and thanksgiving, anger and sorrow, hope and joy. We sing because we believe God is with us— present in our worship, both receiving and inhabiting the praises of his people.

"The Strife Is O'er"

The strife is o’er, the battle done
The victory of life is won
The song of triumph has begun
Alleluia! Alleluia!

The powers of death have done their worst
But Christ their legions hath dispersed
Let songs of holy joy outburst
Alleluia! Alleluia!

Lord, by the stripes which wounded thee
From death’s dread sting thy servants free
That we may live and sing to thee
Alleluia! Alleluia!

The three sad days are quickly sped
He rises glorious from the dead
All glory to our risen head
Alleluia! Alleluia!

Prayers of the People

Second Sunday of Easter Collect:
from the Book of Common Prayer

Almighty and everlasting God, who in the Easter mystery established the new covenant of reconciliation: Grant that all who have been reborn into the fellowship of Christ’s Body may show forth in their lives what they profess by their faith; through Jesus Christ our Lord, who lives and reigns with you and the Holy Spirit, one God, for ever and ever. Amen.

It has been the practice of the church for thousands of years to have portions of the Bible read during worship. We continue to do this because we believe that God meets us in his Word, and that we are people who need to be shaped by this encounter.

On the evening of that first day of the week, when the disciples were together, with the doors locked for fear of the Jewish leaders, Jesus came and stood among them and said, “Peace be with you!” 20 After he said this, he showed them his hands and side. The disciples were overjoyed when they saw the Lord.

21 Again Jesus said, “Peace be with you! As the Father has sent me, I am sending you.” 22 And with that he breathed on them and said, “Receive the Holy Spirit.23 If you forgive anyone’s sins, their sins are forgiven; if you do not forgive them, they are not forgiven.”

24 Now Thomas (also known as Didymus), one of the Twelve, was not with the disciples when Jesus came. 25 So the other disciples told him, “We have seen the Lord!”

But he said to them, “Unless I see the nail marks in his hands and put my finger where the nails were, and put my hand into his side, I will not believe.”

26 A week later his disciples were in the house again, and Thomas was with them. Though the doors were locked, Jesus came and stood among them and said, “Peace be with you!” 27 Then he said to Thomas, “Put your finger here; see my hands. Reach out your hand and put it into my side. Stop doubting and believe.”

29 Then Jesus told him, “Because you have seen me, you have believed; blessed are those who have not seen and yet have believed.”

30 Jesus performed many other signs in the presence of his disciples, which are not recorded in this book. 31 But these are written that you may believe that Jesus is the Messiah, the Son of God, and that by believing you may have life in his name.

The word of the Lord.

Thanks be to God.

Sin is a word that in essence means to insert oneself into the space that only God can— and rightfully should— occupy as our loving Creator and Savior. Martin Luther once described sin as a “curving in on oneself,” causing a relational breach not only with the people we harm, but also with God.

5 This is the message we have heard from him and declare to you: God is light; in him there is no darkness at all. 6 If we claim to have fellowship with him and yet walk in the darkness, we lie and do not live out the truth. 7 But if we walk in the light, as he is in the light, we have fellowship with one another, and the blood of Jesus, his Son, purifies us from all sin.

8 If we claim to be without sin, we deceive ourselves and the truth is not in us. 9 If we confess our sins, he is faithful and just and will forgive us our sins and purify us from all unrighteousness. 10 If we claim we have not sinned, we make him out to be a liar and his word is not in us.

2 My dear children, I write this to you so that you will not sin. But if anybody does sin, we have an advocate with the Father— Jesus Christ, the Righteous One. 2 He is the atoning sacrifice for our sins, and not

I confess that I have sinned against you in thought, word, and deed,
by what I have done, and by what I have left undone.
I have not loved you with my whole self or my neighbors as myself.
I ask that you would lead me to a place of humble repentance.
For the sake of your Son, Jesus Christ, have mercy on me and forgive;
that I may delight in— and walk in— your ways, to the glory of your name. Amen.

Sin is a word that in essence means to insert oneself into the space that only God can— and rightfully should— occupy as our loving Creator and Savior. Martin Luther once described sin as a “curving in on oneself,” causing a relational breach not only with the people we harm, but also with God.

You are invited to acknowledge these things silently before God who hears you, and to draw hope from this promise: “If we confess our sins, he is faithful and just and will forgive us our sins and purify us from all unrighteousness.” (1 John 1:9).

Jesus began his ministry saying, “The time is fulfilled, and the kingdom of God is at hand; repent and believe in the gospel.”

For he has rescued us from the dominion of darkness and brought us into the kingdom of the Son he loves, in whom we have redemption, the forgiveness of sins.

God’s grace abounds for us, even in our weakness.

Let us remember the promise of the gospel: In Christ, we are forgiven.

During the reflection time, children are invited to engage in a special time of reading and song so they can learn and discover the gospel in a language and style more suitable to them. Click here for the video.

Then the eleven disciples went to Galilee, to the mountain where Jesus had told them to go. 17 When they saw him, they worshiped him; but some doubted.18 Then Jesus came to them and said, “All authority in heaven and on earth has been given to me. 19 Therefore go and make disciples of all nations, baptizing them in the name of the Father and of the Son and of the Holy Spirit, 20 and teaching them to obey everything I have commanded you. And surely I am with you always, to the very end of the age.”

Music at All Souls is comprised of “psalms, hymns, and spiritual songs” (Eph. 5:19) that lend poetic voice to our deepest emotional expressions: praise and thanksgiving, anger and sorrow, hope and joy. We sing because we believe God is with us— present in our worship, both receiving and inhabiting the praises of his people.

Stay close, my child, through this dark night
Rest in the shadow of these wings
Hope in the Lord whose day will come
The dawn of “making all things new”

All wars will cease, suffering end
Justice will roll, the Kingdom come
Love will arise, grace will uphold
Mercy will heal where the Lamb reigns

O brothers, rejoice, O sisters, rejoice
All children of God, we are all coming home

Freely you have received; freely give.
(Matthew 10:8)

All we have is given to us by God. Our offerings express this joyful dependence as well as our commitment to join God in his work of renewal. He who met our most dire need through Christ will continue to provide for every need we have— so, whether we have much or little, God calls us to treasure and trust Him above all.

All gifts go toward ministry initiatives of All Souls and relief of those in need.

The Lord bless you and keep you;
the Lord make his face shine on you and be gracious to you;
the Lord turn his face toward you and give you peace. Amen. (Numbers 6:24-26)

Let us go forth and serve our world as those who love our Lord and Savior Jesus Christ.

Thanks be to God!

Drive Thru Communion is on this afternoon from 11:30a-1p in the parking lot at The Hallows Church on 35th and Cloverdale. Andy and R.J. will wear masks and gloves and maintain 6 feet of distance while serving you communion through your car window. Please bring masks for everyone in your vehicle. Get Directions.

All Souls At Home, Live Edition: NEXT Sunday, April 18th

Join us for live online worship over Zoom next Sunday the 18th at 10a. Stay tuned for an email mid-week with more details and the Zoom link. .

Tonight will be our final Pandemic Parenting conversation over Zoom at 8:30p. Join us as learn to experience and extend God’s grace in parenting. Join us on Zoom.

Join us Wednesday nights at 8p on Zoom for a brief gathering of song, liturgy and prayer. Join us on Zoom.

Our next grace group, which will focus on gender and leadership in the church, begins later this month. Join us over Zoom these Sundays at 8:30p: April 25, May 2, May 16, and May 23. All are welcome! Learn more.

Mark your calendars to join us for our next outdoor, distanced in-person worship at The Hallows Church. For those who aren't able to attend in-person, it will also be live-streamed. An RSVP will go out soon, so please respond as soon as possible to help our staff as we plan. .

As Mother's Day (May 9) approaches, support young moms in our community by donating to our partners in ministry at YoungLives Seattle. Your donation will help empower these teen women and their children, and you'll also receive a Mother's Day card created by one of these talented young moms for you to share with a mother in your life. Learn more.

Whether it's the prolonged sense of isolation due to COVID-19, physical or mental health concerns, or challenges with work or within the home— this is a difficult season on many fronts. If you are struggling, please know that you do not have to weather this alone. Our pastors, staff and leadership are available to talk or to get you connected. Reach out.